These reference documentation describes in detail all the features available in UML Designer. We will follow the different kind of users of UML Designer and see which features are available for them to develop systems.

Today, it exists many proprietary UML modelers available on the market. Some of them are supporting the SysML standard. A large part of these tools are not completely compliant with the UML standard. None of them are providing viewpoint extensions. The purpose of UML Designer is to provide an industrial UML/SysML viewpoint based designers compliant with the standards.

The UML Designer product is composed by one designer : a UML Designer. We provide a second designer to work with the SysML standard : SysML Designer.

The UML Designer is a graphical designer compatible with the UML2 specification and based on Sirius. UML 2.5 has 23 types of diagrams divided into two categories: 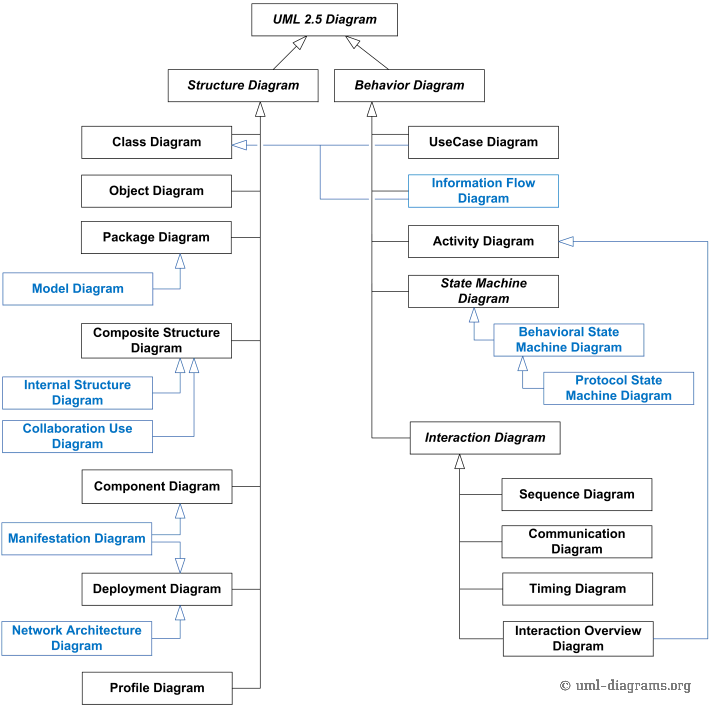 It is released as Eclipse plugins under the EPL License and a standalone product is also built.

The SysML Designer is a graphical designer compatible with the SysML specification and based on UML Designer and Sirius. SysML has 8 types of diagrams divided into three categories: 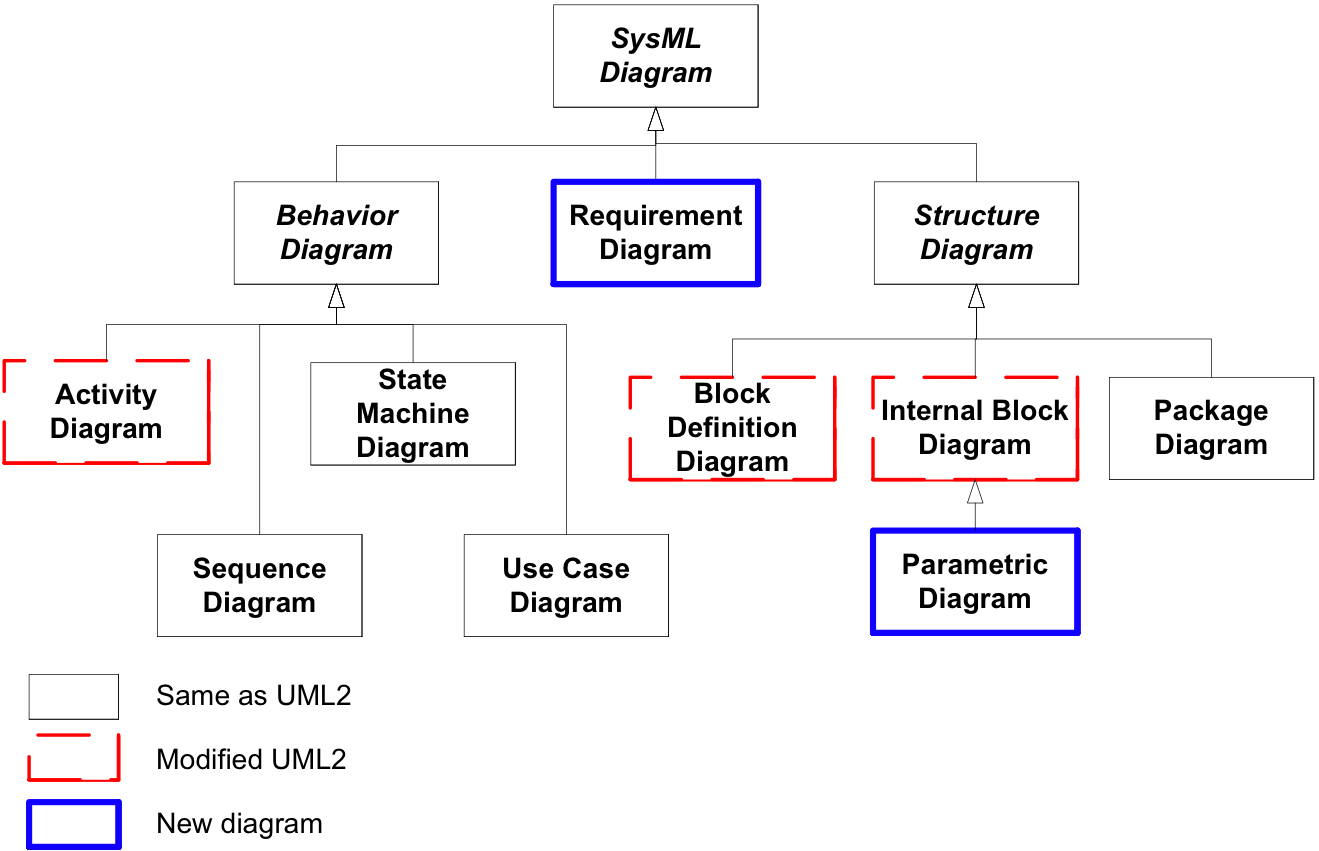 It is released as Eclipse plugins under the EPL License and is part of the UML Discovery catalog, have a look to the discovery feature to learn how to install SysML Designer in the UML Designer product.

Presently, the UML/SysML Designer does not cover all the diagrams described in the UML/SysML Standard. It is mainly focused on the diagrams which are used the most (Class diagrams, Use Case diagram…) and try to provide a straightforward user experience. As these designers are based on Sirius, they offer the possibility to be extended through the viewpoint mechanism. Through this, the intent is also to provide an easy way to make the transition from UML to domain specific modeling. This way users can continue to manipulate legacy UML models and start working with DSL. Users can even re-use the provided representations and work in a total transparency on both UML and DSL models at the same time.

This section describes the typical users of UML and SysML Designers.